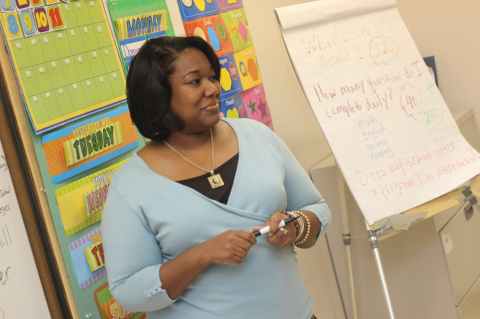 One of the very first things I did as a professor was to start mentoring early career academics. I was lucky enough to work with some brilliant mentors as I was developing my own career, and I felt duty bound to pass on the support and wisdom I knew had made my work possible. I knew from experience that the ‘inside knowledge’ that you gain from being mentored is priceless, as was the support from people who had been there, done that, and survived.
It was particularly important for me because I was a first-generation university graduate, and I grew up abroad. I never learned the middle-class unspoken code of getting ahead. I hadn’t been to the right schools, I didn’t know the right people, I had no role models from whom to learn. I was just bright, feisty, good at research, and lucky enough to be in the right place at the right time when funded postgraduate opportunities came up.
I got pushed into serving on promotions committees, initially as a representative of the non-professoriat, then later as that rare thing, a female professor who understood how things worked across different disciplines. I got the know the written and unwritten rules of things like the Research Excellence Framework, what an ‘international’ reputation really meant, what ‘counted’ and what didn’t. I learned how to spot successful people and emulate them, how to network, the importance of inside knowledge, and how to represent your discipline and your institution outside your work. I learned about enemies: how you could make them without meaning to, and how powerful they could be.
And the most important thing I learned, the hard way, was how to return to work and get your career back on track after being away on maternity or sick leave.
Mary Ann Mason and other scholars have documented the penalty that academic women pay for having a family, as against the positive boost having a family has on men’s career trajectories.
It isn’t just the time away from work: on return, women are often doing the double shift of the burden of arranging and doing the childcare; out of touch with current research in their field; having given up PhD students and research grants; having their ideas, work and students poached by childfree colleagues; finding international conferences and networking incompatible with the needs of a young family; taking on more pastoral and emotional labour in the workplace whilst their male colleagues are building up their research and absenting themselves from frontline teaching; finding the expectation of working 24/7 just to keep up any kind of competitive ability impossible.
So I took it upon myself to mentor early career academics, particularly mothers, on how to rebuild their careers without losing their sanity. How to build effective, supportive teams. How to focus on their writing and grant applications when they were being distracted. How to avoid the ‘mummy track’ and pull in all the social capital they could to be able to do the work that ‘counted’. How, in other words, to ‘lean in‘ to the world of academia, put their emotions and their bodies to one side and fit in to academic norms.
And whilst I still maintain there is an important role for academic mentoring as a tool for supporting women, I have come to realise how insidious mentoring and the reliance on mentoring has come to be.
Programmes like the Leadership Foundation’s Aurora leadership training rely on senior women providing their labour for free to mentor the next generation of promising academic women, and teaching them how to develop their own leadership skills within the academy.
In other words, women must learn to adapt to academia, and help each other do so, not the other way around.
What would it look like if we stopped making women adjust to the patriarchal world of academia? What if we focused instead on the structural issues that oppress women? On the overreliance and overvaluing of competitively funded research? On the treatment of academics as income generators instead of scholars? On the undervaluing of teaching and pastoral care? On the overvaluing of male markers of esteem such as membership of elite male-dominated clubs? What if we rewarded ‘difficult’ feminists who challenged sexist teaching and scholarship? Or people who acted with an ethic of care in the workplace, devoting their time to research and teaching in a co-operative way and focusing on the wellbeing of others rather than their personal empire building?
What would the academy look like then?
I suspect we wouldn’t need to mentor women, because the oppressive structures that meant they needed the mentoring in the first place wouldn’t be there.
And I suspect we would have a better, kinder, more effective academy for it.

View all posts by femacademic